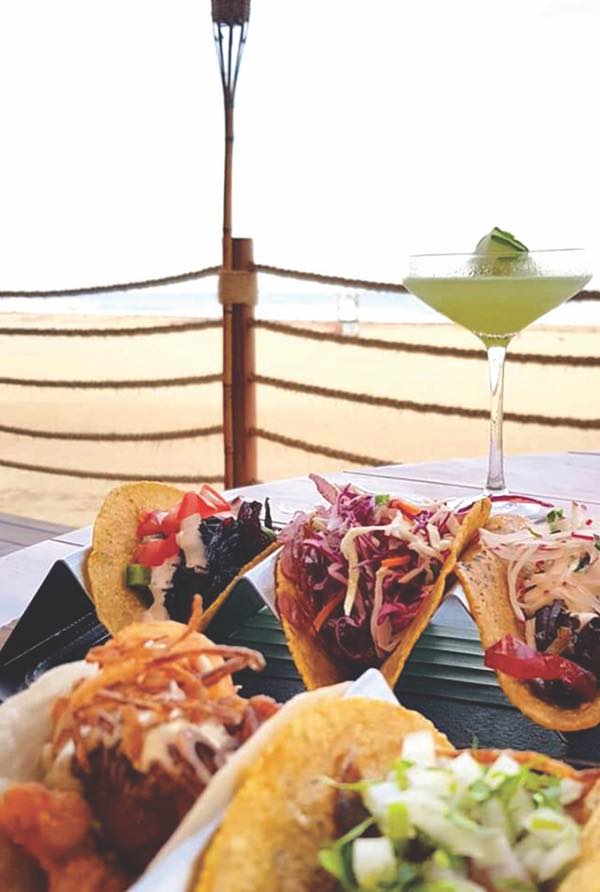 Taco Tuesday just got more exciting thanks to Casa Calavera developed by the Hakkasan Group. Every Tuesday starting at 5:00pm, enjoy all you can eat tacos for $450MX, plus buy one get one free national beers and margaritas. They also have live music from 7:00pm to 9:00pm. My coworker Ali and I got the chance to experience Taco Tuesday in one of the best seats in the house, overlooking the Sea of Cortez. We sampled most of the 15 taco options on their special Taco Tuesday menu along with their eight specialty margarita flavors. Although everything we tasted was top notch, our favorite picks were the Costra de Arrachera (flank steak, crispy cheese, salsa verde) and the Costilla BBQ (pulled bbq ribs, caramelized red onion), along with the Ginger Beet or Juicy Margarita. Casa Calavera is a beachside restaurant featuring traditional Mexican calavera art and an authentic Día de los Muertos theme. Their website explains the concept for the restaurant, “Inspired by the seasons and prepared based on deep-rooted family traditions & techniques, Casa Calavera creatively combines authentic Mexican cooking techniques, recipes, and ingredients with a contemporary, innovative and sophisticated twist, highlighting the true melting pot of México that is Baja.” Casa Calavera is open 11:00am to 11:00pm, seven days a week inside Vidanta Los Cabos in San Jose del Cabo. @casacalaveraloscabos 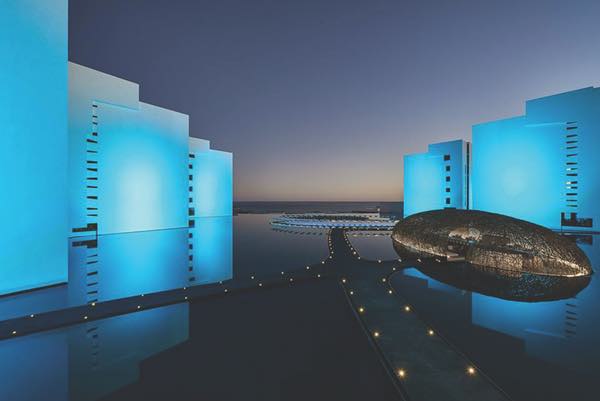 The new Viceroy Los Cabos (formally Mar Adentro) opened its doors for a private press cocktail event on Thursday, June 4 following their official grand opening on May 23. I was invited to tour the newly remodeled and rebranded property, originally designed by renowned Mexican architect Miguel Ángel Aragonés. Guests will notice a new lobby, the addition of a pool and bar just steps from the beach, as well as the expansion and remodeling of its spa and fitness center. Two of the four on-site restaurants will also be renovated including a swanky rooftop restaurant/bar to be completed this fall. The beachfront property houses 194 rooms situated in a series of buildings connected by elevated walkways and surrounded by water. Resort amenities include a movie theater for movie screenings, versatile meeting spaces, as well as vibrant restaurants and bars. Viceroy Los Cabos recently won Luxury Travel Advisor’s ‘Most Instagrammable Hotel’ contest thanks to Instagram-worthy photos spots like the restaurant Nidito (which means “Little Nest”) overlooking the infinity beach pool. Viceroy Los Cabos joins the Viceroy Icon Collection of properties including hotels and resorts in Beverly Hills, Chicago, Abu Dhabi, Dubai, Riviera Maya, Snowmass and St. Lucia, with several more properties coming soon. @ViceroyLosCabos

The 2018 Los Cabos Open of Surf (LCOOS) was a World Surf League Women’s Qualifying Series 6,000 and Jr. Pro Event for boys and girls under 18 years old. The main event was held June 11-17 at the world-famous Zippers surf spot in San Jose Del Cabo. 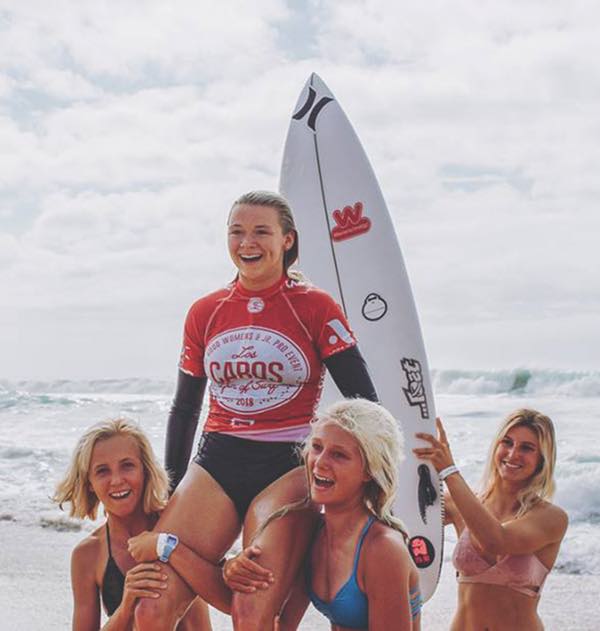 This year’s contest was extra eventful with the arrival of Tropical Storm Bud bringing huge swells and rain to a state that rarely sees storms this early in the season. Surfing was temporarily suspended on Wednesday afternoon due to unsafe surf conditions and resumed again Friday after the storm had passed. Caroline Marks, the youngest surfer ever to qualify for the women’s championship tour made history this year taking home the WSL Women’s 6000 title and check for $10,000USD. Caroline battled it out in the finals against Kauai born Tatiana Weston-Webb who walked away with 2nd place. The Jr. Pro Men and Women’s top spots went to Crosby Colapinto and Kirra Pinkerton, both from San Clemente, California. Zoë McDougall from North Shore, Oahu was the 2018 Alana Blanchard Foundation Challenge winner. Alana Blanchard also returned to the competition this year after taking a year off to give birth to her new baby boy named Banks. Destino Los Cabos was a proud sponsor of the 2018 Los Cabos Open of Surf! @loscabosopenofsurf