By: Gary Graham – That Baja Guy

Locals and frequent visitors agree that May and June are the perfect months to fuse the coolish April and the sweltering July.

The two months offer an extraordinary array of sportfishing opportunities, ranging from a beginner strolling on a sandy beach with a fishing rod in hand with hopes of seeing a feeding fish while soaking up the sun and feeling the cooling ocean breezes. At the other end of the spectrum, miles offshore, is the hardcore, seasoned veteran angler on a tricked-out sport fisher manned by a crackerjack crew and Captain searching for billfish larger than their passengers.On both the Pacific and Sea of Cortez sides of the Peninsula, there are deserted beaches that are very fishable. However, a word of caution, while the Sea of Cortez side is limited to small waves, the Pacific side has real surf that commands respect. 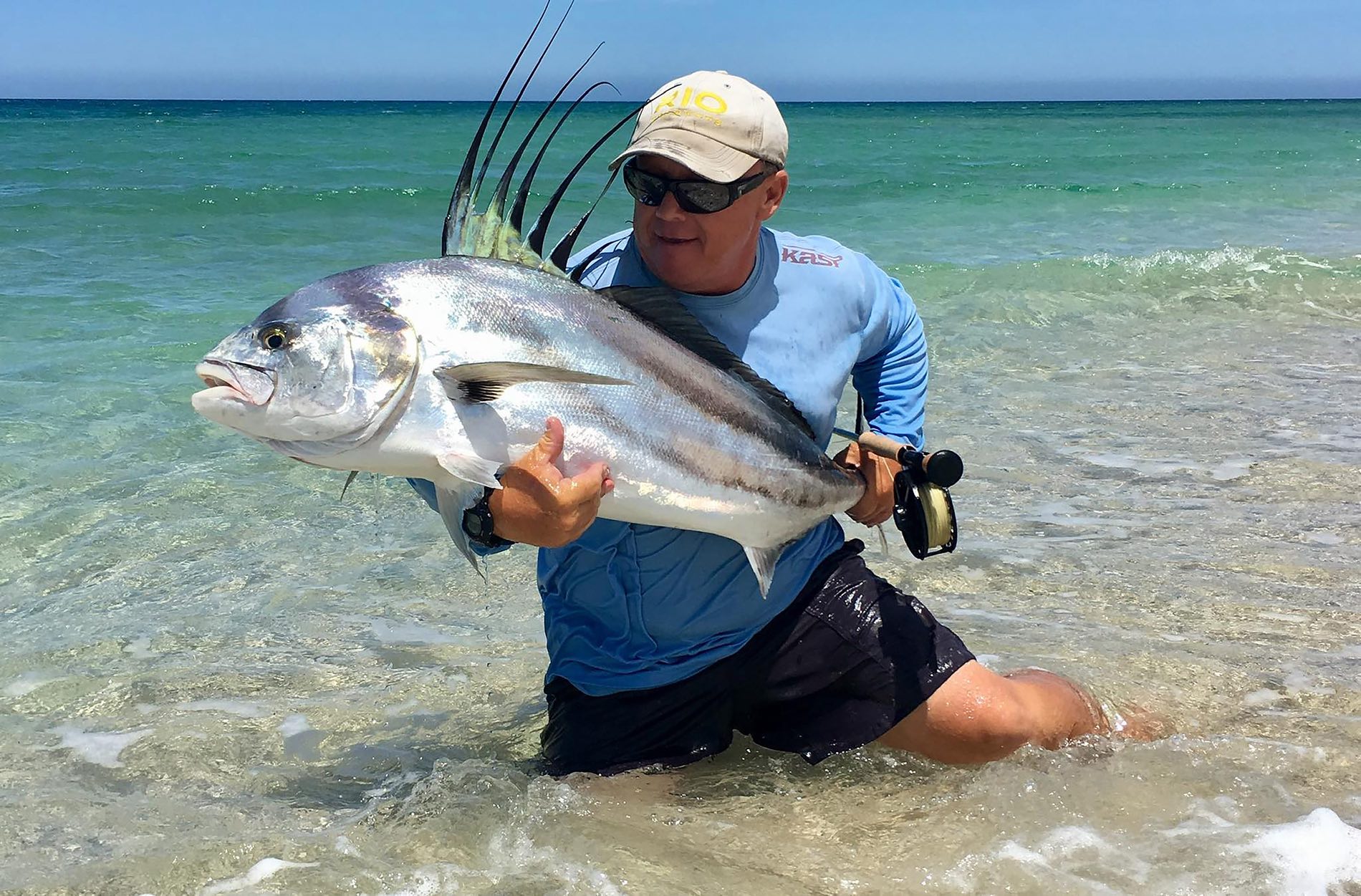 A recent tournament on a beach on the Pacific side attracted 245 anglers and their families. It targeted sierra mackerel, considered one of the prime ingredients for a popular Mexican dish, ceviche.There is a coast road stretching north from Cabo San Lucas past San Jose to the East Cape town of Los Barriles, where many accessible beaches can be found. Your efforts can be rewarded with some spectacular fishing for jack crevalle, roosterfish, or even a dorado if you happen to be in the right place at the right time. For the big gamers, the array of offshore species is impressive. The colorful black and blue marlin mingle with the striped marlin that have made headlines since January. Add to the excitement the sailfish that have earned their name from the distinctive massive dorsal fin and the elusive, much sought-after swordfish. This is the season for these strong, giant fighters.Farther offshore, the yellowfin tuna ranging from football-sized to massive (often referred to as cows) can be found swimming with huge porpoise schools. Watch for the flocks of seabirds following the schools, looking for a free meal of injured baitfish left in their wake.Another thing to watch for is anything floating! Dorado, wahoo, and tuna can often be found in the same area, attracted by the baitfish underneath the floating objects using them as cover.Up the coast at Muertos Bay, anglers can often find the catch of a lifetime only a few miles offshore. Most fishing in this area is from open fiberglass boats powered by outboard motors that have been a mainstay for decades. Billfish, dorado, wahoo, roosterfish, jacks, grouper, cabrilla, and many other species offer the opportunity for a catch memorialized by photos to cherish for a lifetime.Marina Puerto Escondido, the newest marina in the Sea of Cortez, will be hosting its third billfish, dorado, and yellowtail tournament. The season’s FIRST tournament in the Sea of Cortez will be held May 13-15, 2022. There were 43 teams registered at press time.Regardless of your destination in Baja Sur, the sportfishing opportunities are extraordinary at Loreto, Magdalena Bay, La Paz, and Los Cabos as summer begins. Tight Lines! Gary Graham-That Baja Guy thatbajaguy@gmail.com

Newer “The Great Lemon” – A Pearl For A Queen!
Back to list
Older A Master Restaurateur; Rodrigo Cabeza De Vaca