“The Great Lemon” – A Pearl For A Queen!

By Joaquín ReneroIn 1983, Queen Elizabeth II cruised past Isla Espiritu Santo on her royal yacht the Britannia, intent on visiting the city of La Paz, the capital of Baja California Sur. This would be the queen’s second visit to Mexico, but her first to the peninsula’s shimmering shores. It was no accident that she would come to visit these waters, for there was a special bond that unites La Paz with the royal crown.Sitting just off the shoreline amidst the crystalline waves near La Paz, Isla Espíritu Santo is today known as a UNESCO World Heritage Site, an island destination renowned by tourists looking to see Baja’s untapped beauty and famous natural wonders. But much earlier, before the queen or the tourists had ever set foot near her shores, the area was known for its rich natural oyster beds near the southwestern part of the island. It was there, hidden beneath the waves and rocky shoreline, that millions of pearls were carefully cultivated and harvested by local artisans, the first sustainable pearl emporium in the world. 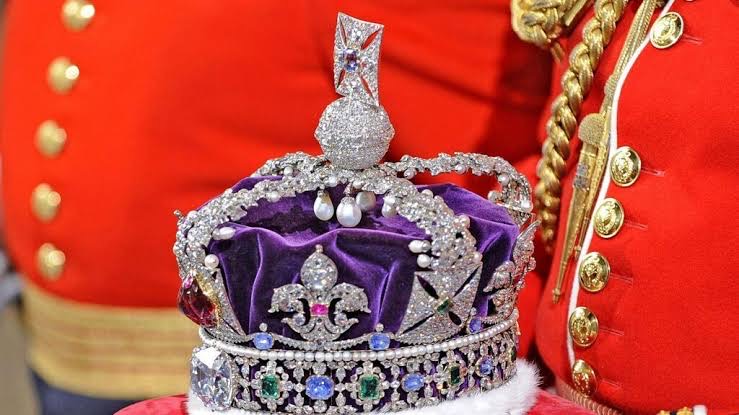 Known as the “queen of gemstones”, the pearls of Isla Espíritu Santo helped ensure that La Paz would be renowned for its crystalline beauties for years to come. The creation of a pearl is the result of one of nature’s most wonderful biological processes, a combination of survival and beauty that makes them so uniquely special in nature. Pearls are formed when the oyster protects its shell with layers of nacre, or mother of pearl. This process smooths the sharp edges of any foreign irritant in the oyster shell, encasing it in a lustrous sheen and ultimately forming a pearl, ready to be plucked and admired.The Sea of Cortez was once the epicentre of the Mexican Pacific pearl trade, but over-exploitation almost drove this natural jewel to extinction. In 1939, the Mexican Government established laws forbidding their extraction, and since then Isla Espíritu Santo has once again become a tranquil picture of Baja’s beauty.However, a hundred years before the Queen’s visit, and a few years before the hammer of the law came down, divers Juan Vacaseque Calderon and Antonio Cervera had discovered an incredible prize. A huge, shimmering, and uniquely special pearl that quickly became famous for its lustre. The divers that discovered this incredible prize had been working for the Ruffo family, who originally elected to name the special pearl “Carmenaida” after Carmen and Adelaida Ruffo Santa Cruz. They decided to showcase this remarkable jewel at one of their flagship stores, allowing locals, visitors, and collectors to come and admire it. Over time, the pearl came to be known as the “Great Lemon”, a name borne out of admiration for its large size and ethereal shimmering, unlike any other mother-of-pearl before seen in Baja.But this wonder of nature would not stay in La Paz. Antonio Ruffo Santa Cruz had been a regular visitor to San Francisco, and on one such trip to the California coast, he encountered Sir Anthony Fein. An ambassador from the United Kingdom, Sir Fein was impressed by the mystique of this rare pearl and attempted to purchase it for the British crown. He could not convince Mr. Ruffo Santa Cruz to sell the pearl to him at the time, but eventually the owner decided to bequeath the pearl to King Edward VII as a gift, a fate which eventually led it to become part of Queen Elizabeth’s Crown, forming a special bond between her majesty and the city of La Paz. That is why back in 1983, the governor of Baja California Sur, Alberto Andrés Alvarado Arámburo and his wife welcomed Queen Elizabeth II and Prince Philip, Duke of Edinburgh to their great city. More than forty thousand people gathered in the streets to celebrate as the royal couple visited Our Lady of Peace Cathedral, better known as la Catedral de La Paz, followed by an elaborate banquet at the governor’s mansion. Her majesty’s visit only lasted about five hours, but it made a lasting impression. That day, the queen was shown love and admiration by the people of La Paz, a sentiment she returned to them in kind. It was a momentous occasion, one that helped strengthen the bond between the queen and the city that had helped decorate her crown with “The Great Lemon”.IG @joaquin.renero

Newer Money: Dollars and Pesos
Back to list
Older All That’s Fishy – May/June 2022