Los Cabos resident Lance Niederhaus showed his knowledge and skill with the fishing rod when he caught a 16.7 lb. tuna to become the grand prize winner. His success earned him $9,000 pesos in first place prize money and $35,000 pesos from the jackpot. The tournament was held last Sunday, August 21st at Miramar Beach, on La Ribera and was organized by the Asociación Estatal de Pescadores Baja Sur A.C., led by Jonathan Morales, Alejandro de la Torre and Nidia Yukari with the help of sponsors Ferramar La Paz, Yukas Fishing Shop, and Kraken Lures. 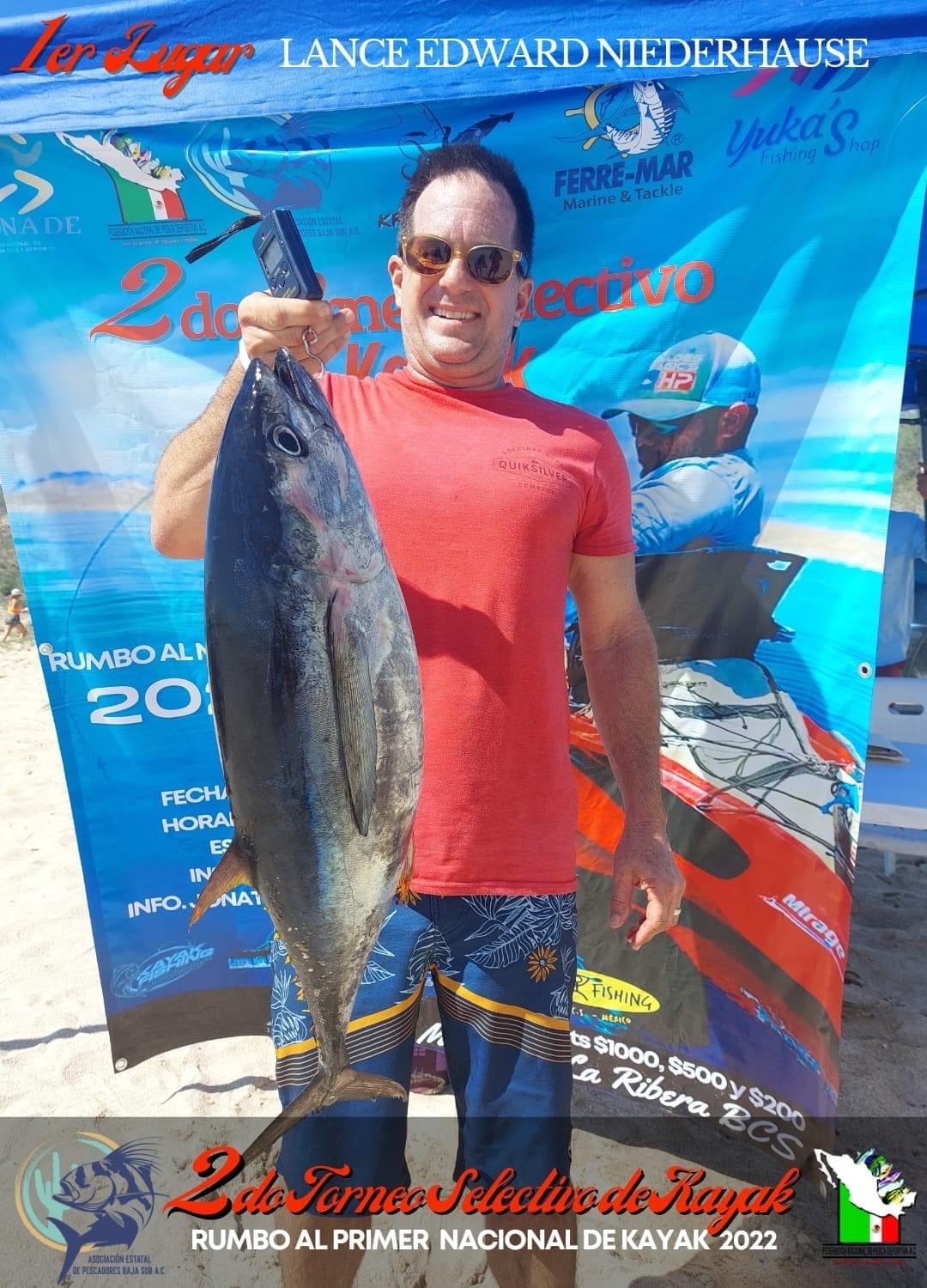 The event was attended by 49 kayakers from various teams from across the Baja, including the Locos del Pacifico, Warriors of the Gulf, Baja Fishing Team and Kayak Fishing La Paz. Second place belonged to Victor Adrian Martinez, with a 13.1 lb. tuna that earned him $5,000 pesos in prize money and a spot above the third-place winner, Juan Carlos Corona, who clocked in with a 11.59 lb. tuna and a haul of $2,000 pesos.The winners not only took home their share of the prize money, but an invitation to represent Los Cabos in the National Kayak Fishing Championship, set to take place in Manzanillo come early November. They will be joining Gabriel Reyes, who qualified five months ago at Playa Punta Arena, La Paz. The admissions money from this tournament will be used to cover travel expenses for the team, who will do their best to represent their communities at a national level.