by Anna Sanchez, marine biologist and guide at Cabo Trek

Every year in this season, many tourists from all over the world come to Cabo to assist to the spectacular event of watching the humpback whales in their natural environment. Whale watching platforms can be a fantastic tool not just to enjoy wildlife, but also to collect scientific data for research. This allows knowing more about the whales, and consequently, it’s a very important tool for their conservation. Even so, whale watching activity has to be done according to good practices, otherwise it can have a negative impact for the whales. 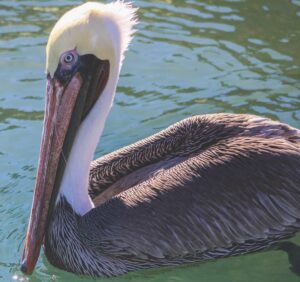 Around our waters, evidence of impact on humpback whales and other marine animals such as sea lions and pelicans has been reported. Those animals share their habitat with recreational and commercial activities and show scars caused by entanglements in fishing gear and are at risk to vessel strikes.

The whales that are most affected are those close to shore where more fishery efforts takes place. Los Cabos is a birthing and mating area for humpback whales and they are becoming more vulnerable to entanglement in nets. Entanglement can lead to drowning, since trapped animals cannot reach the surface to breathe, laceration and infection caused by heavy ropes biting through the skin, and to starvation because animals towing heavy fishing gear cannot feed effectively. Scientists suggest that over 300,000 marine mammals die annually to fishing entanglement, causing a devastating and long-term conservation impact.

This is not the only problem that they face, also, marks of propellers have been seen on sea lions and whales. Cetaceans are capable of reacting to danger quickly, but in certain situations they are less alert, for example when they are sleeping or resting at the surface, feeding, nursing their young or reproducing. When a whale or dolphin is hit by a vessel, they can die instantly or as a consequence from severe injuries that affect their daily life.

We have to be extremely careful to not leave fishing gear abandoned in the ocean, reduce vessel speed when they are close to whales and keep a safe distance from them.

No matter your destination in Los Cabos, within the pages of Destino Magazine you will find quality editorial about this beautiful region of Southern Baja, as well as relevant tourist information, maps, activities, culinary discoveries, entertainment, real estate, healthy living, local culture, art, sports, and more.

No matter your destination in Los Cabos, within the pages of Destino Magazine you will find quality editorial about this beautiful region of Southern Baja, as well as relevant tourist information, maps, activities, culinary discoveries, entertainment, real estate, healthy living, local culture, art, sports, and more.